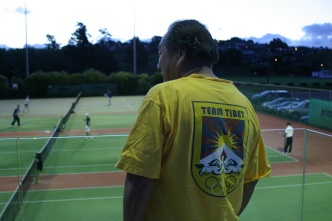 TEAM TIBET – Home away from Home reveals the inspirational life of New Zealand’s first Tibetan refugee, Thuten Kesang and his passion for the preservation of Tibetan identity.

Born in Lhasa in 1944, Thuten lost his parents at a young age amidst the Chinese military take-over of Tibet.  His formative years at boarding school at Dr. Graham’s Homes in Kalimpong, India instilled in him a sense of giving-back that he still models to this day.

Following his arrival to Auckland in 1967, Thuten was the lone Tibetan in New Zealand for many years.  He has dedicated his life to raising awareness of the plight of Tibetans, but his charismatic personality and commitment to the values of compassion and non-violence make him an endearing and powerful messenger of the complex political and environmental issues at hand.

Thuten credits tennis for being a sustained source of enjoyment over 40 years — and for keeping him young and fit.  He’s a Life Member at Browns Bay Racquet Club.  The name of one of Thuten’s tennis teams,’Team Tibet’, has inspired the title of this feature-length documentary.

TEAM TIBET – Home away from Home also shines a light on themes of cultural identity, cultural preservation, environment issues and the interconnected values that people share beyond cultural or religious beliefs.  The film engages universal and human feelings, the feeling of isolation and the meaning of ‘home’ — and celebrates the spirit of perseverance and hope that transcends adversity. 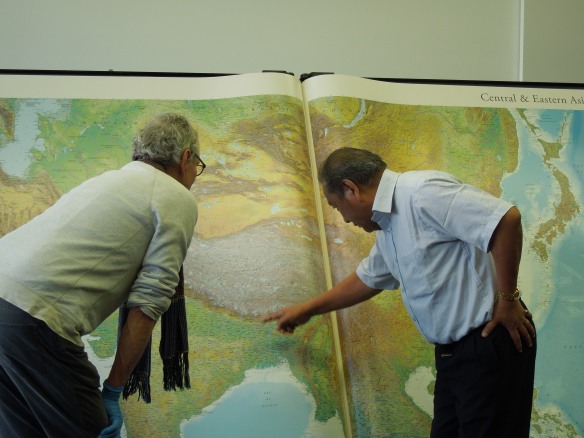